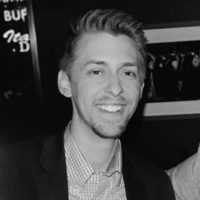 Following the ICSC RECon 2019 trade show in Vegas, I came to several realizations about the purpose(s) brick and mortar retail is currently serving, as well as where it’s headed in the not so distant future. While it is true that retail today doesn’t look quite like it did 20 years ago, there is certainly a place for brick and mortar, even within the most rural towns across the United States.

One of the most obvious takeaways from the trade show was the desire for a “sense of place.” This is presently a big push for Walmart. Instead of just being your one-stop-shop, as well as your neighborhood grocer, Walmart desires to have a more pleasing aesthetic and become more than just a utilitarian in the marketplace. From this, we can expect to see more of an “experience” versus the historical “rollback” deals of the week, grazing their advertising.

Though not specific to just this show, we’re seeing retail as a whole become entirely more experiential. Consumers, especially younger generations, want an experience while shopping. As with most businesses, it’s all supply and demand, and the demand is for retailers who offer more than just “good deals” – they offer an experience. Stores like TJMaxx and Target have garnered a sort of cult following and place in modern culture. This has caused sales to soar, beating out many of their older more established competitors.

These older competitors have been slower to adapt, and some have simply outright refused. Those that refused are now either nearing bankruptcy or have already called it quits. For the others that are fighting to maintain their spot in the marketplace, they’ve begun to reinvent themselves and change their models. For instance, many grocery mainstays are now beginning to carry more store brand items to compete with the ALDI, Lidl, and Trader Joes of the world. Something I, personally, would have never predicted, but it goes to show that no seemingly successful methods can be ignored right now.

For rural cities seeking to target new retailers, there’s some good news – you’re very much the clientele for many national brands at the moment. Many of those who are currently thriving have already built-out in the larger markets. Virtually all of them are publicly-traded, which means shareholders are demanding new stores. Site selectors are expected to fulfill such a request, and thus are eager to get it done. While they all have specified territories, they don’t care so much where these stores go, so as long as they’re viable. Enter rural America.

If your city’s objective is to grow retail, now is the time to do it. With that, your city MUST possess up-to-date and accurate data about the market, to include a customized Retail Trade Area, demographics, psychographics, and sales volume data. Even with this information in hand, expect to spend months if not years, cultivating relationships with site selectors and having your information thoroughly vetted by the nation’s best. Luckily, NaviRetail has existing relationships with hundreds of retail site selectors all across the nation, along with data trusted by the industry’s leading professionals.

To learn more about how NaviRetail can help your city accomplish its retail development goals, log on to www.naviretail.com or e-mail me at casey@naviretail.com.

A Hunger for Experience